Legal Win Forces a Change to the No Surprises Act 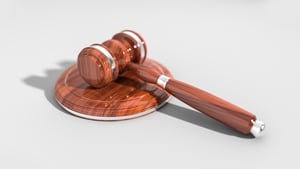 The decision by a US District Court in a lawsuit brought by the Texas Medical Association has invalidated a portion of the No Surprises Act (NSA). While other similar suits are still pending, this ruling will immediately impact some of the methodology to be used in settling disputes that arise under the NSA.

Regulations issued in September as an interim final rule (IFR) placed more emphasis on a single factor in the NSA’s arbitration process, the Qualifying Payment Amount (QPA), than was intended in the law as it was enacted by Congress. The QPA is one of seven factors itemized in the law for arbitrators to consider when determining a fair rate under the Independent Dispute Resolution (IDR) process, but the IFR specified that “the certified IDR entity must select the offer closest to the QPA unless the certified IDR entity determines that credible information submitted by either party clearly demonstrates that the QPA is materially different from the appropriate out-of-network rate.”

The QPA is generally the insurance plan’s median contracted in-network rate for the same or similar service that is the subject of the dispute. The judge in the Texas case said that the rule “places its thumb on the scale for the QPA, requiring arbitrators to presume the correctness of the QPA and then imposing a heightened burden on the remaining statutory factors to overcome that presumption.” There is already evidence that insurers have taken steps to unilaterally influence contract rates as a result of the NSA regulations, but it is possible that this decision could dissuade payers from further attempts as the QPA will be of lesser significance than it was under the original rule.

The Texas ruling is nationwide in its effect, and it removes the relevant portion of the IFR without requiring the federal agencies to make any changes to it. However, Radiology Business reports that the administration is “taking several actions to conform with the Texas court’s order. Those include withdrawing guidance related to the part of the rule that has been invalidated and providing training to certified independent dispute-resolution entities on the changes.”

The ruling does not remove any other provisions of the NSA that we have outlined in our earlier articles such as the prohibition against balance billing or the requirement to provide good faith estimates to non-emergency patients. It impacts only the physician and payer when they become involved a payment dispute.

The American College of Radiology (ACR) was pleased with the court’s decision while awaiting an outcome in its own lawsuit. We will continue to monitor the NSA and report on any changes you need to know to maximize your practice’s reimbursement. Subscribe to this blog for the latest information.

Practical Implications of the No Surprises Act for Radiology Practices