How the 2018 Coding Changes Will Affect Radiology Practices 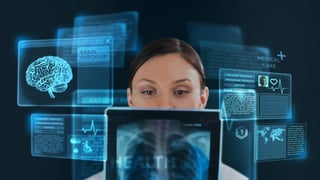 The recently issued Medicare Physician Fee Schedule (MPFS) Final Rule for 2018 tells us which of the revisions to the Current Procedural Terminology[i] (CPT)® have been adopted for use in the Medicare system, and how Medicare values those codes.  The diagnostic radiology changes are fairly straightforward, but the Interventional Radiology (IR) coding for Endovascular Repair has been drastically altered with 20 new or revised codes.

Medicare has made the switch to the new CPT codes that were defined a few years ago.  While most commercial payers stuck with the Medicare G-codes, not all of them did and so this change should bring uniformity across all payers.   Practices should pay close attention to coding denials early in 2018 to be sure their billing aligns with the coding each payer will accept as systems are changed over.  Here is the crosswalk of the codes from 2017 to 2018:

The reporting of chest x-rays will be defined solely by the number of views taken, so only 4 new codes will be used with 9 codes being deleted, as follows:

Similarly, abdominal x-rays will be defined by the number of views taken.  Three new codes were created, while 74022 for the Complete Acute Abdomen Series will remain active, as shown below:

The new codes are not a direct one-for-one replacement of the deleted codes due to the definitions for the old codes.  According to the American College of Radiology, CMS expects that 74019 will be used 25% of the time to replace 74010, while 74021 will be used 75% of the time.

While the coding for theses exams has not changed, the definitions of CPT 76881 and 76882 have been revised and CMS applied a significant valuation reduction to the revised codes.

Whereas 76881 was previously called “Ultrasound Extremity, Complete” it will now become “Ultrasound Complete Joint”.  The complete study code can be used when the examination evaluates the joint space and includes the surrounding soft tissues such as tendons or nerves.

76882 will continue to be a limited exam of the joint, which means that either the joint space or the surrounding tissue was included but not both.  Permanently recorded images are required to be retained under either code, and the written report must clearly describe each of the elements that were evaluated in real time.

The CMS revaluation of 76881 was so significant that it is subject to Medicare’s phase-in rule, which limits fee schedule reductions to no more than 19% in the first year.

Nuclear medicine code 78190 “Kinetics, study of platelet survival” has been eliminated due to low utilization.

A new modifier ”FY” will be required on Medicare claims for the technical component of diagnostic imaging services that use computed radiography (CR) rather than direct digital image processing, whether billed separately or included in the global billing.  A 7% payment reduction for such services will begin in 2018 and continue through 2022.  The payment reduction will become 10% beginning in 2023.

For 2018 endovascular abdominal aortic aneurysm repair (EVAR) procedures will include radiologic supervision and interpretation (S&I) as an integral part of the procedure code, eliminating the ability to separately bill for the S&I codes.  There are 16 new CPT codes and 4 codes with revised descriptions, while 14 codes were deleted.

Note that the above codes include the following, when performed:

A complete review of the usage of the revised endovascular repair coding is beyond the scope of this article.  Watch for a separate article that covers the nuances of properly applying these new interventional radiology codes.

The addition of CPT code 32994 differentiates cryoablation of pulmonary tumors from radiofrequency ablation (CPT 32998), and it replaces Category III code 0340T that was previously used.

Both codes include imaging guidance with the basic procedure, eliminating the ability to separately bill for the guidance codes.  Also note that both are unilateral.

Revision of the 3 existing injection codes (36468, 36470 and 36471) makes a distinction between treatment for spider veins (telangiectasia) and for all other diagnoses.  Four new codes were added to report newer methods of treating incompetent veins.  The 2018 codes for these procedures are as follows:

The above codes include all imaging guidance and monitoring.

CPT codes 38220 (aspiration only) and 38221 (biopsy by needle or trocar) describing the aspiration of bone marrow have been revised to specify that these are diagnostic procedures.  When a procedure is both an aspiration and a biopsy, new code 38222 is to be used.  Another new add-on code is available, CPT 20939 “Bone marrow aspiration for bone grafting, spine surgery only, through separate skin or fascial incision” when appropriate.

Two codes describing the introduction of a needle or intracatheter into an artery have been combined into one code.  CPT 36120 has been eliminated, and 36140 has been revised to include either the retrograde brachial artery or an extremity artery, whether upper or lower extremity.  Angiography brachial retrograde S&I code 75658 has also been eliminated.

The Category III codes in the table below have been removed or revised as noted:

While CMS expects that the impact of all changes to the MPFS will be small for diagnostic and interventional radiology, each practice’s experience will vary based on the volume of procedures that use the affected codes.  A volume-weighted analysis of the entire Medicare fee schedule is recommended to gain a complete understanding of the impact on the practice revenue.  Note that commercial payers might not adopt all of the same coding changes as Medicare does, and it is impossible to summarize here the effect on their payment policies.  This is especially true for non-CPT codes such as the G-codes for mammography.

Subscribe to this blog to keep up to date on changes that affect radiology reimbursement throughout the year.