Understanding the Value of RVUs in Radiology 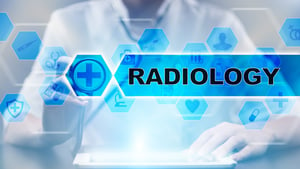 The term “Relative Value Units”, or RVU, is used frequently these days in a variety of contexts.  RVUs form the basis for payment of physician fees by Medicare and other payers, and they can be used to measure physician productivity for a variety of purposes.

The Resource-Based Relative Value Scale (RBRVS) in use today was originally developed in the 1980s by William C. Hsiao at the Harvard School of Public Health.  Hsiao’s scale was modified slightly and adopted as the framework for the Medicare payment system in 1992, replacing the old “usual and customary” fees concept.  This brought standardization to the Medicare payment system so that everyone would know exactly what reimbursement to expect when billing a particular service to Medicare.

The Harvard study assigned a numerical value to healthcare services in order to quantify the relative work and cost of those services, based on surveys and other data available at the time.  The initial focus was to determine a relative value, ultimately called a Relative Value Unit (RVU), of the service-specific work component to establish quantitative measures for the actual work that physicians do.  The study evolved into a common scale that described and quantified the work and resource costs needed to provide physician services across all fields of medicine.   Resource costs include the direct cost of the equipment and support staff required for a particular procedure, as well as the overhead allocated to the procedure.

The fee schedule used for payment of Medicare services is a product of the RVU values for covered services (consisting of RVU values for physician work, practice expenses and malpractice insurance cost) multiplied by a Conversion Factor (CF) that turns those unit values into dollars.  The dollar values are further adjusted for regional cost-of-living differences using a Geographic Practice Cost Index (GPCI).  Medicare’s fee schedule reimbursement is based on the total RVUs for a particular CPT code, but only the work RVU (wRVU) component is used as a measurement of physician productivity.

Since it was first introduced, the Medicare RBRVS has undergone many adjustments as the cost of healthcare services has changed, and as new technologies have become available.  The Centers for Medicare and Medicaid Services (CMS) annually reviews the valuation of services and, accordingly, makes adjustment to the RVUs when necessary.  However, because of the complexity of the calculations involved, only a small percentage of procedures receive RVU adjustments each year.

Physician practices have measured productivity using a variety of indicators such as the number of procedures performed, the amount of charges billed, or payments received.  Using ‘unit volume’ as a measure fails to take into account the complexity, time, or cost of the various procedures.  Using ‘charges billed’ as a measure accounts for some of these factors, but fee schedules tend to be arbitrary and often influenced by market conditions.  Using ‘payments received’ as a measure has all of the limitations of charges billed, plus the added variability of processing difficulties on the part of either the practice or the payer.

The RVU scale is not perfect, although it is improving with each review and adjustment, but it is at least an independent standard that can reasonably be used for productivity measurement.  However, practices should be cautious when using RVUs to compare the work of the group’s members among themselves.  For example, within the RVU scale some interventional procedures are undervalued compared with other radiology services, whereas MRI services tend to be heavily valued.

Factors other than the scale’s internal imperfections can come into play, as well.  For example, physicians working on a weekend will generate fewer RVUs than during a regular work day, so unless the group assigns its weekends and holidays equally those shifts will introduce an unintended difference in RVUs produced.  Another example is when a common worklist is used from which the group of radiologists can pick which studies to read, a radiologist could skew his or her performance score by choosing the higher-weighted studies.  In theory, the RVU scale should automatically take care of this “cherry picking” but in reality, the difference in effort among high- or low-valued studies isn’t as great as the valuation difference.

There are ways to balance out some of these differences if a practice is seriously interested in using RVUs as a performance measurement:

There are published statistics available from outside sources that attempt to establish benchmarks, but using these invokes the same cautions that arise with internal practice comparisons.  Practices are very different – hospital based vs. imaging center vs. academic practice (or a blend of these); modality mix; experience of the radiologists; etc.  Each of these factors will contribute to differing results in the level of RVUs generated, making it very important to identify a benchmark that matches your particular situation.

Some practices advocate calculating RVU productivity for each “seat” or assignment in the practice.  This way the various physicians working that assignment can be compared with each other.  Other statistics can be developed that will indicate changes in the practice when they are tracked over a period of time.  These include RVUs per day worked (or this could be limited to full weekdays, thereby eliminating the weekend/holiday issue described above), or RVUs per procedure billed.  Monitoring these statistics can help to identify shifts in the practice’s activities.

Understanding the RVU structure and using it wisely can offer useful insights into the workings of the practice.  Regardless of the statistics your practice decides to monitor, be sure to define the methodology accurately and then track them over a significant period in order to iron out short-term variability.  Subscribe to this blog for more articles like these.