Regulatory And Payment Issues That Will Impact Radiology Practices In 2022

Posted: By Rebecca Farrington on November 23, 2021 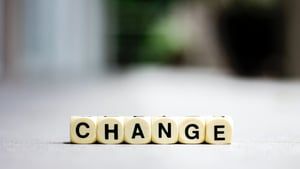 At the federal level, the big news is usually the Medicare Physician Fee Schedule (MPFS) but this year the No Surprises Act (NSA) is getting a lot more attention. The NSA is not yet a year old, having been enacted in December 2020, and many practices are scrambling to be ready for its January 1, 2022, effective date. The federal law will not affect every practice in the same way, depending on the state in which you work, and that in itself is a challenge because the regulators have not made it clear which states are exempt because they have their own similar law already in effect. However, even practices in those exempt states will have to follow the federal regulations for certain health plans (such as ERISA self-funded plans) that are not covered by state law.

Regulations issued in September describing the Independent Dispute Resolution (IDR) aspect of the NSA have created a stir in the healthcare community that might cause them to be revised, so stay tuned for potential changes. Many organizations representing physicians and hospitals believe that the regulations do not follow the intent of the law as written by Congress with regard to the method used in rate determination. However, depending on the amount of fee differential being sought by the practice, and the potential volume of claims affected, it might become impractical for many practices to invoke the IDR process. There is a $50 per dispute filing fee, plus a fee of several hundred dollars to be paid by the losing party, and each IDR filing is limited to specific CPT codes that must be related to each other.

Wherever possible, it might make more sense for practices to attempt to obtain an agreement with the payers they currently do not contract with, but we are finding that payers are reluctant to negotiate new contracts. This is especially true if the practice represents a low volume for that payer, and the new federal law removes any incentive for them to contract at a rate higher than they would otherwise have paid.

The MPFS for 2022 holds few changes for radiology practices but it has the potential to bring sharp cuts in reimbursement. Unless some action is taken by Congress (as was the case last year), the MPFS Conversion Factor is scheduled to be decreased by 3.71% but valuation changes to specific procedure codes will have a greater impact to many radiology practices. Our annual volume-weighted analysis will provide additional insight to the reimbursement changes that are coming. The payment policy changes in the MPFS include the ability for Physician Assistants (PA) to bill Medicare directly for their services, which could increase their utility for interventional radiology, and a change to PET reimbursement that could open up coverage for patients with non-oncologic conditions.

The Quality Payment Program (QPP) that includes the MIPS payment incentives also contains few significant changes other than the usual addition and removal of Quality and Improvement measures. Small Practices, those with 15 or fewer clinicians, should be aware of the automatic reweighting and completeness threshold provisions that could benefit them. In most cases for small-practice radiologists, both the Cost and Promoting Interoperability categories will be reweighted so that Quality and Improvement Activities will each become 50% of the final score, and a small practice will earn 3 points for submitting Quality measure data even if the completeness threshold of 70% is not met.

Understanding coding changes is an annual task. Diagnosis codes in the ICD-10 system become effective on October 1, and Procedure codes in the CPT system become effective on January 1, although occasionally there are mid-year adjustments as there were in 2021. This year the ICD-10 changes included a new series of Z-codes called Social Determinants of Health (SDOH). These codes do not describe a patient’s diagnosis, but rather they provide additional information relevant to the encounter and might be used by radiologists in the emergency department to enhance information in the medical record.

The American College of Radiology (ACR) expects that the new CPT codes will include trabecular bone score (TBS) and thermal destruction of the intraosseous basivertebral nerve. Among the codes to be deleted in 2022 are several that could be important to some radiologists. They are:

According to the Centers for Medicare and Medicaid Services (CMS), “The average premium for Medicare Advantage plans will be lower in 2022 at $19 per month, compared to $21.22 in 2021, while projected enrollment continues to increase.” Radiology practices, especially those in freestanding imaging centers, have sometimes resisted contracting with Advantage plans as their reimbursement can be lower than traditional Medicare. However, with the upward trend of enrollment in Advantage plans, practices might want to re-visit them as a potential payer.

Providers found guilty of “information blocking” could be subject to significant penalties of up to $1 million per occurrence under a provision contained in the 21st Century Cures Act of 2016 that began to take effect earlier this year. The intent of the law is to promote the free flow of relevant healthcare information between providers and to ensure that patients can access their own information where and when they need it. The information blocking law is aimed at electronic health information (EHI) and it describes “blocking” as an action by a health care provider that is likely to interfere with the access, exchange, or use of EHI. Much of the burden of the new law is on system developers but it is ultimately the responsibility of the practice to understand the law’s requirements and exceptions to be sure they are in compliance. Revisions to the penalty phase of the law are expected during 2022, and enforcement action will likely become more prevalent.

Practices that received COVID-19 Provider Relief Funds (PRF) during 2020 or 2021 will have to keep an eye on the schedule for reporting the use of those funds, in order to avoid recoupment of the funds. During the first quarter of 2022, practices will have to report on the use of funds that were received from July 1 to December 31, 2020, using the reporting portal. Here is the full schedule:

Many states have already passed legislation prohibiting practices from balance-billing patients who are out-of-network (known as Surprise Billing), and others have legislation pending. This is an area that requires practice management to give constant attention to legislation in the states where they work. With the advent of the federal No Surprises Act discussed above, practices now have to determine whether they will be subject to state or federal regulation when it comes to out-of-network patients.

Notification to women with dense breasts identified on their mammogram is required or suggested at some level by 38 states plus DC as of June 30, 2021, according to one report. Just as with Surprise Billing, this is an issue for each practice to monitor for the states in which they operate. In some states specific notification language is required, and insurance coverage may or may not be mandated for supplemental screening exams.

Keeping current with the coverage and payment policies of the various commercial payers is another ongoing task. While they often mirror federal payment policy, at least after a while, in rare instances the commercial payers make changes ahead of the federal payers. One such circumstance occurred earlier this year with regard to Low Dose CT for Lung Cancer Screening.  The US Preventative Services Task Force (USPSTF) changed its criteria for screening by lowering the starting age to 50 from 55, and the smoking history to 20 pack-years from 30. With this update, more people would become eligible and many insurance companies changed their coverage criteria accordingly. We understand that Aetna can now be added to the list contained in our original article and CMS just announced that it is proposing to update the guidelines for Medicare coverage. There is a 30-day public comment period on the proposal, so a final decision could be reached by the end of the year.

Keeping up with regulations that affect payment and legal compliance is a never-ending task. One way to increase your awareness of issues that will affect your practice’s reimbursement and enhance compliance is to monitor this blog for periodic updates. Subscribe to this blog today for the latest information.

ICD-10 Coding Changes That Will Impact Radiologists In 2022