Posted: By Rebecca Farrington on August 4, 2021 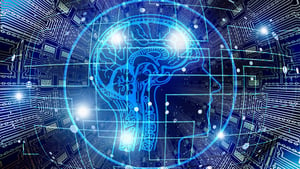 Ms. Coffta was recently contacted by AuntMinnie.com to discuss the potential reimbursement for the new codes. She joined a panel of other experts that included Dr. Melissa Chen of the University of Texas MD Anderson Cancer Center in Houston, Dr. Eliot Siegel of the University of Maryland and the Baltimore VA Medical Center, Dr. Orit Wimpfheimer, Chief Medical Officer and Head of Product Strategy at Zebra Medical Vision, and imaging consultant Michael J. Cannavo. She noted that “CPT Category III codes are typically considered experimental or investigational and denied by the majority of insurances. In the midterm – two to three years -- we may see some payers reimburse this code, but consistent reimbursement is unlikely until a permanent (Category I) CPT code is assigned.” Despite the lack of immediate reimbursement, it's still important to submit claims for Category III codes because the utilization data gathered is used to support creation of an eventual Category I CPT code that would carry payment.

The panelists all agreed that this is a big first step for radiology, regardless of the level of reimbursement, and it could lead to the adoption of similar AI codes to be used in the analysis of other population health issues. Dr. Siegel suggested that future AI codes could include such areas as coronary artery calcification on conventional thoracic CT, abdominal aneurysm detection on thoracic, abdominal and pelvic CT scans, evaluation of cardiac chamber enlargement, chronic obstructive pulmonary disease (COPD), and renal calculi.

Read the entire article at AuntMinnie.com for more details, and sign up for our blog to stay abreast of reimbursement issues to optimize your practice.

[2] Current Procedural Terminology (CPT) is a copyrighted code set developed and maintained by the American Medical Association, and CPT is a registered trademark.

Medicare’s Proposed Rule For 2022 Has Few Changes for Radiology, but Likely a Cut in Reimbursement