What Radiology Practices Need to Know About the 2017 MPPR Update 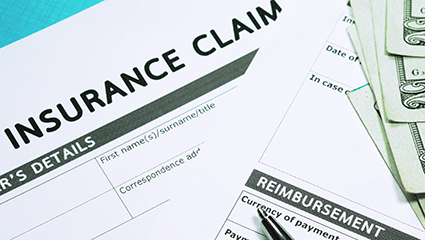 Since its first appearance in the Medicare rules, the radiology community has been quarreling with CMS about the Multiple Procedure Payment Reduction (MPPR) on the professional component of certain diagnostic imaging services.  Finally, Congress has taken steps to mitigate the impact of this rule.

Beginning January 1, 2017, Medicare will pay 95% of the fee schedule amount (a 5% reduction) for the professional component of each additional procedure furnished by the same physician, to the same patient, in the same session, on the same day. Currently the reduction is 25% of the fee schedule amount, so this change of law will provide a significant increase in reimbursement for the affected procedures.  Medicare makes full payment for the highest-priced procedure and applies the reduction to the second and subsequent procedures.

The MPPR will continue to apply to the technical component at the rate of 50% of the fee schedule, and when services are billed globally (such as in a freestanding imaging center), Medicare applies the reductions to the implied professional and technical components of the global fee. There is also no change to the list of MRI, CT, and ultrasound services to which the MPPR applies.

Commercial health insurance plans have their own payment policies that may or may not align with those of Medicare. Some health plans, notably United Healthcare, adopted the MPPR for professional component services at the same 25% reduction as in the Medicare law.  United has announced that it will roll back its MPPR as of January 1, 2017 to mirror the Medicare change.   Radiology practices and their billing teams should check with each of their major insurance payers to verify whether this policy will be changed or not.

There are circumstances where distinct services are rendered and the MPPR should not apply. HCPCS Modifier XE (Separate Encounter, a service that is distinct because it occurred during a separate encounter) would be used on claims for this purpose.  Other modifiers available to describe distinct services are:

The subject of these X-Modifiers is covered more fully in our article Is Your Radiology Practice Ready for the New HCPCS Modifiers?   Note that HCPCS modifiers are designed for use by Medicare, and they may or may not be accepted by other payers.  Modifier -59 could be used as an alternative for other payers, or for Medicare claims when none of the X-Modifiers provides the best description.  However, never use both Modifier -59 and an X-Modifier on the same claim line.

Identifying circumstances where these rules can reasonably be applied is up to the individual practice and their billing team. It is imperative that the physician’s documentation is adequate to support the use of this modifier, and it should be specific enough to alert the practice’s coders to use the modifier.  Such applicable situations will arise in the normal course of patient care.  It would not be appropriate to alter practice patterns in order to avoid compliance with these rules.

This change by Medicare is only one of many impacting radiology practices that will take effect in January 2017. We recently reviewed the Medicare Physician Fee Schedule Proposed Rule for 2017 and we will provide updates based on the final rule when it is issued in December.  Subscribe to this blog to stay up to date on regulatory changes throughout the year, including the upcoming MACRA Quality Payment Program that will significantly modify the payment mechanism for physicians in years to come.