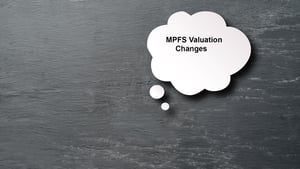 Our review of the proposed 2019 Medicare Physician Fee Schedule (MPFS) showed that 201 Professional Component (PC) codes and 213 Global codes were to be decreased by at least 1% in the Diagnostic Radiology 70000-series of CPT codes.  In the final MPFS, only 46 PC codes were reduced by 1% or more, but 280 global codes were reduced by at least 1%.  The number of codes expected to increase in payment did not change as dramatically, but in both PC and Global billing fewer codes were increased than we expected.  Here are the details:

As we reported in our recent Coding Changes That Will Impact Radiology Practices in 2019, the two Breast MRI codes for unilateral and bilateral were replaced by four new codes that provide for the distinct billing of non-contrast exams, which previously had to be billed using the with/without contrast codes.

Note that 77048 and 77049 also include computer-aided detection (CAD real-time lesion detection, characterization and pharmacokinetic analysis) when performed.  This bundling eliminates the separate use of HCPCS code 0159T, a locally-priced code that was previously added when performing CAD.

The proposed rule showed significant decreases for some neck and spine PC codes, but in the end those codes were actually increased slightly:

Other PC procedures that fared well in the final rule compared with the proposed rule included MRI Brain, both with and without contrast (70557 and 70558).  These had been scheduled for a 7% decrease, but instead ended up with a 0.3% decrease at the final fee schedule amount of $160.01 and $176.23, respectively.

Procedures for which large increases had been proposed saw lesser increases, although the PC for CT Needle Biopsy was minimally increased, as was the global Transrectal Ultrasound.

It should be noted that all fees quoted here are from the national Medicare fee schedule, before adjustment for geographic indices.

Interventional Radiology took some losses in the 2019 fee schedule.  As proposed, the large decreases in PICC placements were retained in the final rule, and Nephrostomy catheter exchanges suffered a 9.1% decrease instead of a 10.4% increase.  Other proposed increases were retained but at a lower level:

The result of all these changes on an individual practice can only be evaluated through a volume-weighted analysis.  This process involves gathering data from the previous year by CPT code that shows the number of times each procedure code was billed for Medicare patients.  The procedure volumes are multiplied by the 2018 Medicare fee schedule rates in one column, and again by the 2019 Medicare fee schedule rates in another column.  Totaling each column will reveal the total practice revenue for the previous year and the reimbursement that the practice could expect in the current year if the volume of each procedure was unchanged.   The percentage increase or decrease can then be calculated.

Medicare’s data predicts that the resulting change between 2018 and 2019 will be 0% for both diagnostic and interventional radiology.  However, if your practice performs more than the average number of procedures that had a large increase or decrease, your individual results will reflect that variation.  The same analysis can be applied to commercial payer fee schedules that are calculated as a percentage of the Medicare fee schedule.

Understanding the annual changes in Medicare’s fee schedules is useful when analyzing areas where the practice’s revenue might be increasing or decreasing.  Many commercial payers base their fees on the Medicare table, although not all of them make exactly the same changes, or at the same time, as Medicare does.  The American College of Radiology (ACR) always prepares a detailed analysis of the MPFS that contains background discussion of the current Medicare changes as well as information about what might be coming in future rule-making.

HAP will continue to keep you abreast of the Medicare payment system, and subscribing to this blog is the best way to get the most current information available.

Researchers Asked for A Follow-Up System, And We’ve Got It