Posted: By Rebecca Farrington on September 5, 2019 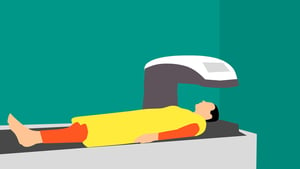 The recent award of $10 million in a medical malpractice lawsuit is noteworthy not only for the high amount of the award, but also for what can be learned from the case.  It highlights the consequences of poor patient communication and lack of appropriate follow-up.

The plaintiff was a patient at St. Luke’s University Health Network in Pennsylvania who experienced abdominal pain and was diagnosed with kidney stones. Along with that diagnosis, the radiologist’s report contained a potentially suspicious image on his bladder.  According to the complaint, none of the physicians involved in the case, or anyone else acting on behalf of the hospital “communicated [the radiologist’s] findings to [the patient], or informed him of the need for further evaluation of the rounded area of high density in his bladder.”  The patient was later found to have multiple malignant bladder tumors.

Dealing effectively with incidental findings such as this potentially suspicious image is a topic of frequent discussion in the radiology world.  We reported recently on a study that concluded in part, “Automatic identification of follow-up recommendations could have wide implications for establishing and timely performance of collaboratively developed follow-up care plans for actionable findings in radiology reports to improve quality and experience of care for patients.”

In the St. Luke’s case, the radiologist was not at fault – he reported the tumor – but the blame was placed on the lack of communication and follow-up by other physicians.  According to the case documents, the hospital physicians did not explain the results to the patient, and they did not inform his primary care physician of the results or devise a plan of follow-up.

The Deep Dive Analytics system developed by Healthcare Administrative Partners covers all of these points by interacting with both the patient and his primary care physician, as well as flagging the case for future notifications if a follow-up is not performed in a timely manner.  Had it been in place at St. Luke’s, there would have been a greater chance that the patient would have sought treatment for his condition sooner and, even if he had not, the hospital and its physicians would have been in a better position to defend themselves.

Radiology practices can take the lead to communicate incidental findings and track any recommended follow-up.  Their existing image-handling and radiology information systems (PACS/RIS) have all of the relevant data.  By incorporating an analytics program such as ours they can effectively improve patient care while reducing exposure to medical malpractice claims from failure to close the loop of communication and follow-up.  This proactive approach also adds to the value of the radiology practice in the eyes of its physician and hospital colleagues. Ultimately, this leads to better patient care and outcomes.

Subscribe to this blog to receive our upcoming articles that more fully describe how you can close the loop by using clinical analytics software in your practice.