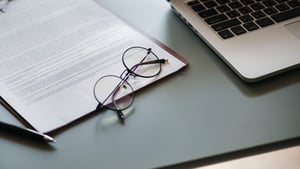 The Centers for Medicare and Medicaid Services (CMS) released their annual proposal for changes to the Medicare payment system for the coming year, and they also released new information about the existing mandate for the use of Clinical Decision Support (CDS) beginning in 2020.  The Medicare Physician Fee Schedule (MPFS) Proposed Rule contains not only proposed adjustments to Medicare reimbursement but also proposed changes to the Quality Payment Program (QPP) for 2020 and beyond.

Unlike some recent years, the proposed MPFS does not contain very many significant changes, especially for radiology.  In fact, the big news is that the mandate requiring use of a qualified CDS Mechanism (CDSM) to consult Appropriate Use Criteria (AUC) is not mentioned at all in the Proposed Rule!  There will be some revaluation for ultrasound procedure codes and future adjustments to Fine Needle Aspiration reimbursement, but the majority of the Proposed Rule deals with refinement of the QPP.

The AUC/CDS Medicare payment rule was established in a 2014 Act and was finally codified in the MPFS Final Rule for 2018, as we previously reported.  CMS has just released Change Request (CR) 11268 (reported in MLN Matters MM11268) confirming that the Educational and Operations Testing Period will begin on January 1, 2020 as expected, with full implementation to begin on January 1, 2021 when payment will be denied for certain advanced imaging services that do not meet the ordering criteria.

The CR now defines the coding to be used by the radiologist for reporting the CDSM consult by the ordering physician.  A modifier will be attached to the relevant procedure code to describe either the level of adherence to AUC or an exception to the program, as follows:

Modifiers MA, MB, MC and MD denote exceptions to the use of a CDSM, and payment will not be denied when a hardship exists.  Although CDSM consultation is not required at either a Critical Access Hospital (CAH) or at a Federally Qualified Health Center (FQHC), no modifier exists to claim an exemption for services provided in such facilities.

When a CDSM has been consulted and modifier ME, MF or MG is indicated, then a G-code will be reported on a separate line to identify the CDSM, as follows:

CMS notes that multiple G-codes may appear on a single claim, when appropriate.

The fee schedule conversion factor is expected to increase by 0.14% to $36.04 per RVU for 2020, although this figure usually is modified somewhat by the time the Final Rule is released in November.  CMS estimates an overall impact as follows:

However, within the final fee schedule there will likely be significant swings in the reimbursement level for individual procedures, as the Proposed Rule includes over 100 new or revised codes that relate to radiology.  Of these, there are 41 that will decrease in value.

The QPP is only 4 years old and it is still being fine-tuned and adjusted.  This is due in part to a strategy by CMS to help physicians ease into the program, changing thresholds and levels each year until it becomes a stable program.  The table below shows the progression of some of the thresholds and other values as they are now proposed to change from 2019:

As noted in the table above, the weight of the Quality category is proposed to decrease over time.  However, as many radiologists do not receive a score in the Cost category, the Cost weight is redistributed to Quality; therefore Quality will continue to represent at least 60% of the score for many radiologists and it could be even more for a hospital-based practice where the Promoting Interoperability value is also redistributed.

The requirement for data completeness is proposed to increase from 60% to 70% of either Part B patients (for those reporting claims submission) or all patients for the other data submission methods.

In addition to the current criteria for measure removal, the Proposed Rule would remove quality measures that do not meet case minimum and reporting volumes required for benchmarking for 2 consecutive years, or if CMS determines that a measure is not available for reporting by or on behalf of all MIPS-eligible clinicians.

The proposed rule will add 2 new activities, modify 7 existing activities, and remove 15 activities.  Until now there has been no formal policy to determine which activities would be removed from the inventory, but the proposed rule establishes factors that will enter into this decision by CMS.  The factors proposed are:

A group practice that is determined under the rules to be “hospital-based” has until now been re-weighted out of the Promoting Interoperability (PI) category when 100% of the MIPS-eligible clinicians meet the definition.  This threshold is proposed to be changed to 75% of the NPIs in the group.  Groups that are considered to be “non-patient facing” under the existing rules will be automatically re-weighted.  The impact of re-weighting is that the category’s 25% value in the final score is assigned to the Quality category.  Refer to the table of proposed weights, above.

The only changes to the PI objectives and measures would be to remove the “Verify Opioid Treatment Agreement” measure and to keep the “Query of Prescription Drug Monitoring Program (PDMP)” measure optional.

There are currently three measures within the Cost Category:

CMS has some latitude for re-weighting scores in certain circumstances such as for extreme and uncontrollable events and other hardships.  Additional policies are proposed that would allow re-weighting performance categories in “rare events” due to compromised data outside the control of the MIPS-eligible clinician.  If CMS determines that the re-weighting is appropriate, it would redistribute the scores to both the PI and Quality Categories, but only rarely to the Cost Category.

The proposed rule is subject to comment from the public and interested organizations that will potentially modify its proposals.  Following this process, the final rule is due to be released in November and we will provide a thorough analysis at that time.  Subscribe to this blog to be sure you receive updates not only to Medicare policy changes but also other areas of interest that will help you maximize reimbursement in the complicated and ever-changing healthcare realm.