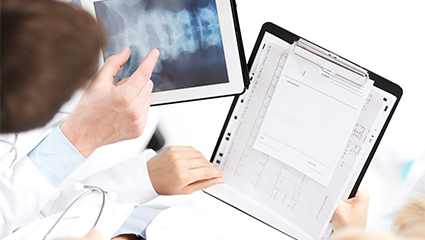 The Medicare Physician Fee Schedule (MPFS) for 2017 contained some revisions to the coding and reimbursement for moderate sedation that will potentially impact radiology practices. Previously, moderate sedation was not separately reimbursed for many of the procedures listed in Appendix G of the CPT®[i] codebook.  Sedation was bundled with the basic procedure, but now it will be reimbursed in addition to the basic procedure.  There are important guidelines and documentation that must be met in order to use these codes, and radiologists interested in maximizing their reimbursements should review their reporting to be sure it supports proper coding under the new rules.

The new series of codes describe moderate sedation services in 15-minute increments. This replaces the previous series that included both 30- and 15-minute increments.  The codes are now differentiated by the age of the patient (under age 5 vs. age 5 or above) and whether performed by the same physician as the one who is performing the primary procedure or by a different physician.

These new codes need to be reported separately in conjunction with the primary procedure in order for the radiology practice to be fully reimbursed for all services rendered:

The old code series 99143-99145 and 99148-99150 have been eliminated. Reimbursement will be reduced for those procedures that previously included moderate sedation as a bundled service, now that the sedation will be billed and paid separately.

The new codes are based on intraservice time, which must be clearly documented.  Intraservice time begins with the administration of the sedating agent and it requires continuous face-to-face attention by the physician.  It ends when the procedure is completed, the patient is stable, and the physician providing the sedation feels comfortable leaving the face-to-face care of the patient.

The primary codes for the appropriate age grouping are used for the initial 15 minutes of intraservice time, and the add-on codes are used for each additional 15-minute interval. The documentation should include the full range of intraservice time, although intervals of less than 10 minutes should not be billed for.  The following table can be used as a guide under the new coding structure:

* Note that 99153 is designated by Medicare as a “technical-only” code when services are performed in a facility such as a hospital. This means that it is not to be used by the same physician as the one performing the procedure in such a location, whether the services are for inpatients or outpatients. The result is that Medicare will not reimburse any intraservice time over the initial 15 minutes.   However, for patients in an office setting the code should be allowed.

Other payers are treating code 99153 differently than Medicare does, and HAP recommends that practices continue to record and bill for all of the intraservice time involved in procedures.  In the event Medicare changes its position, the data will be readily available so that prior claims can be appealed for payment.

The coding of moderate sedation is based on three key elements, all of which must be clearly stated in the operative report:

The beginning and ending intraservice times can be reported, but including the elapsed length of time in minutes will make the coder’s job easier and it will also facilitate any subsequent compliance or post-payment reviews. Including the terms “moderate” or “conscious” sedation will leave no doubt as to the service that was performed.  In addition, any pre- or post-sedation assessment or monitoring should be reported.  When a separate physician provides sedation, the clinical reason for his or her participation should be documented, along with any pre- or post-service work performed.

Here is an example of good documentation for moderate sedation:

Moderate intravenous conscious sedation was supervised by Dr. X. The patient was independently monitored by a Registered Nurse assigned to the Department of Radiology using automated blood pressure, EKG and pulse oximetry.  The detailed Conscious Record is permanently stored in the Hospital Information System.  The following is the conscious sedation record including Start and End times:  MEDS GIVEN 4 MG VERSED AND 200 MCG FENTANYL; SED START 1503 END 1531, FOR 28 MINUTES.

Radiology practices must review their historical billing to determine if they perform procedures that previously bundled moderate sedation into the primary procedure code. When these procedures are done, the new separate sedation codes are used.  Radiologists performing these procedures must document the critical elements for proper coding, in addition to their normal procedural description, in order to prevent lost practice reimbursement.

Related articles:
How the 2017 Coding Changes Will Affect Diagnostic and Interventional Radiology Practices
Maximize Mammography Coding and Billing Efficiency in 2017