Coding Changes That Will Impact Radiology Practices In 2020 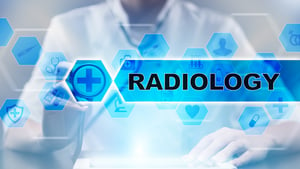 With the new year comes the annual revision of Current Procedural Terminology[i] (CPT)® coding that practices have to be aware of.  For diagnostic radiology, the changes for 2020 are relatively few and they are concentrated in the areas of abdominal and gastrointestinal plain films, nuclear medicine procedures for tumor localization, and myocardial PET imaging.  The changes to interventional radiology coding are likewise quite limited and involve pericardial and spinal puncture procedures.

These exams now include all scout films and delayed images in the basic procedure code, and distinction is made between single and double contrast studies.

The following codes have all been deleted and will now be reported using the tumor localization code 78803 (SPECT, single area, single day imaging):

The reporting of Myocardial PET imaging has been enhanced with the addition of 6 new codes.  Here is a complete rundown of the relevant code sequences:

There are two new codes for Arterial Inflow and Venous Outflow for Pre-operative Vessel Assessment prior to the creation of hemodialysis access using duplex Doppler ultrasound.  These codes replace the HCPCS[i] code G0365.

Category III HCPCS codes in the range of 0554T – 0557T have been created for Bone Strength and Fracture Risk Assessment using CT, however these are not yet covered services for Medicare reimbursement.

The reporting of pericardiocentesis and pericardial drainage has been enhanced by the addition of 4 new codes that expand upon 3 deleted codes.  The new codes include all imaging guidance, when performed.

Lumbar puncture procedure reporting has been expanded by the addition of two new codes that incorporate fluoroscopic or CT imaging guidance.

As compared with other years, coding changes for 2020 are relatively few.  Although Medicare has reported that the overall effect of revisions to the 2020 Medicare Physician Fee Schedule on radiology practices will be minimal, we will separately analyze the financial impact of these and other valuation changes in an upcoming article.  Each practice has to evaluate any fee schedule changes in light of its mix of modalities and procedure volume.  Be sure to subscribe to this blog as we give you the information you need to understand and analyze the ongoing changes in radiology reimbursement.

Get Ready for Changes to Radiology Billing in 2020