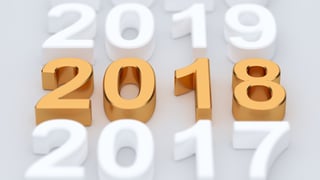 While the conversion factor for the MPFS is expected to increase minimally by 0.3%, the proposed changes are expected to negatively impact diagnostic radiology and interventional radiology by 1%.  Radiation oncology and radiation therapy centers are expected to see a 1% increase, while nuclear medicine is expected to be unchanged.  Once the final rule is issued later this year, each practice will be able to analyze its own impact based on its weighted average volume of modalities and procedures.

The ACR reports that the rule proposes to delay until 2019 the implementation of the Appropriate Use Criteria / Clinical Decision Support (AUC / CDS) penalty originally scheduled to begin in 2018. In the first year of the program (2019), radiologists would be paid in full whether the AUC / CDS information is reported on Medicare claims or not.

When fully phased in, the AUC / CDS rules will prohibit Medicare reimbursement to radiologists if ordering physicians fail to utilize an approved CDS system to access AUC when ordering certain advanced diagnostic imaging services. This topic is covered in more detail in our article New Information on the Medicare Rules for Appropriate Use Criteria and Clinical Decision Support.

Medicare has continued to use its own “G-codes” for billing mammography services even after new CPT® codes were introduced. While not specifically addressed in the body of the proposed rules, the ACR reports that the new series of CPT® codes will be adopted in 2018 in place of the Medicare G-codes.  This will simplify billing for radiology practices because now the Medicare billing will be aligned with the coding used by all other payers. Medicare was considering reduction of the technical component of mammography services, but in the 2018 proposed rule the values have been maintained at the same level as they were in 2017, according to the ACR report.

A 7% payment reduction for diagnostic imaging that uses computed radiography (CR) rather than direct digital image processing will begin in 2018 and continue through 2022, then become 10% beginning in 2023. A new modifier (to be defined later) will be required on claims for the technical component of such services, whether billed separately or included in the global billing.  A payment reduction of 20% has been in effect since January 1, 2017 for x-ray imaging that uses film rather than digital processing; modifier FX is used to report the technical component of those services.

Other Proposed Changes for 2018

A fact sheet released by the Centers for Medicare and Medicaid Services (CMS) reports that the proposed rule would further reduce technical component payments for services provided in “off-campus provider-based hospital departments.”  Such facilities that are not grandfathered under the law currently receive reimbursement through the MPFS that is calculated at 50% lower than the reimbursement rate under the Outpatient Prospective Payment System (OPPS) fee schedule.  The proposed rule would lower such technical component reimbursement to 25% of the OPPS rate.  The professional component for physician services will continue to be paid under the MPFS at the full facility rate, consistent with the level of payment for services in an institutional setting.

The CMS fact sheet also reports that the data on malpractice insurance costs that is used for setting procedure values will be updated more frequently than before. CMS would use the most recent data available for 2018, and then update it at the same time as it updates the geographic practice cost indices, which has been done once every three years.  This change in policy will have little effect on the Medicare fee schedule since malpractice cost is the smallest component of the total RVU calculation.

This proposed rule is subject to change based on comments received from interested individuals and organizations, primarily medical practice advocacy groups such as the American College of Radiology, the Radiology Business Management Association, the Medical Group Management Association and other specialty societies. The final rule will be published in November and at that time we will provide a complete review of the changes that will affect your practice in 2018 and beyond.  Subscribe to this blog for the latest developments.