Posted: By Rebecca Farrington on September 10, 2020 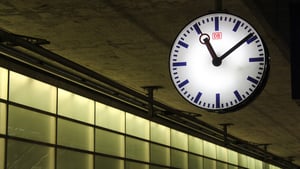 One of the fastest and easiest sources of emergency funding available to practices at the outset of the COVID-19 pandemic was the Medicare Accelerated and Advanced Payment Program.  As we recently reported, the initial timetable called for repayment of those advances to begin 120 days after the advance was made. Repayment was to be accomplished through reduction of Medicare reimbursements otherwise payable to the practice currently, until the full amount of the advance was repaid.

For practices that acted early, say around April 1, the automatic recoupment of the advance would have begun around August 1. However, recoupment has not yet begun and we have learned that the Medicare Administrative Contractors (MAC) are still awaiting guidance from the Centers for Medicare and Medicaid Services (CMS) before beginning the recoupment process. There is some speculation that future iterations of the CARES Act will change the recoupment time frame and perhaps also the interest rate for any balance that may remain after the repayment deadline. Our attempts to reach CMS for an official position have been unsuccessful, although several MACs have confirmed the situation. We understand that letters will go out to practices once CMS has finalized its position.

Practices were not informed about the delay, and managers who were expecting to begin seeing their Medicare payments reduced are understandably concerned about running into the period when interest charges would begin, as the stated rate is 10.25%. As it currently stands, repayment is due within 210 days of the original advance, plus a 30-day grace period, before interest would begin to accrue.   In our example, an April 1 loan would therefore begin to accrue interest on day 241, or around December 1.

Rather than wait for recoupment to begin through payment reductions, practices have the option to repay the advance directly to CMS through their MAC. The same is true for any balance that remains at the end of the automatic repayment period. Each MAC has its own forms and procedures for this purpose, so the best course of action would be to contact your carrier directly for specific information.

There have been no recent changes to the other federal relief programs, including the grants provided through the Department of Health and Human Services (HHS) and the Paycheck Protection Program (PPP) loans provided through the CARES Act. The HHS grants do not have to be repaid, although some reporting by the practice could be required. The PPP is a loan that will be forgiven after practices demonstrate that the funds were used for the designated purposes. The forgiveness guidelines could change with the passage of additional legislation.

We will continue to monitor these programs along with any others that support physician practices. Subscribe to this blog for all the latest information.