The Value of PICC Lines for Interventional Radiologists 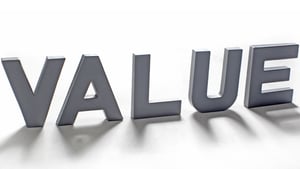 The Medicare fee schedule for 2019 made significant changes in the reimbursement for PICC insertions and replacements.  When these procedures are performed in the hospital setting, the cuts to the PICC procedure codes themselves were small.  However, the overall reimbursement for the PICC procedures was decreased by 25 – 36% after factoring in the loss of separate billing for imaging guidance and confirmation of placement, which are now bundled into a single procedure code.  The following tables illustrate the difference in coding and reimbursement between 2019 and 2018 using the unadjusted national Medicare fee schedule*:

PICC procedures are often viewed by radiologists as a nuisance, for they are usually unscheduled and often occur at inopportune times.  The radiologist has to stop what he or she is doing, go to the procedure room, scrub and sterile prep, perform the procedure, and then return to the reading area after completing the necessary documentation, all for less than $100 of reimbursement.  During that same time the radiologist could have interpreted several exams that generate more combined reimbursement.  For comparison, the following procedures carry values similar to the PICC replacement:

PICC procedures are perfectly suited to be performed by Radiologist Assistants (RA) and in fact RA’s do perform these procedures regularly.  However, the supervising radiologist is not allowed to bill for the professional component under the current Medicare Physician Fee Schedule rules.  Hospitals may bill for the technical component of such procedures performed by RA’s regardless of whether the RA is employed by the hospital or the radiologist.  So, the radiologist has to decide whether to do the procedure himself and receive the reimbursement, or to forego the reimbursement and have the RA do the procedure.

The 2019 revision to the Medicare regulations allows RA’s to work under “direct supervision” rather than under the “personal supervision” of the radiologist.  While this change will allow more flexibility, it applies only to the hospital’s billing of the technical component.  Recently-introduced federal legislation may change things to allow the radiologist to be reimbursed.  The bill titled Medicare Access to Radiology Care (MARCA) that was introduced in Congress on March 28 with bipartisan support in the House would allow radiologists to submit Medicare claims for imaging services performed by RA’s in hospitals and non-imaging services performed in the hospital or office setting.

We will follow this bill and report its progress toward becoming law.  Subscribe to this blog for the latest developments.

*The national Medicare fee schedule is not adjusted for geographic indices.  The fees for a specific area are available by using the Physician Fee Schedule Look-up Tool.  Additional detailed information is available at www.cms.gov to help physicians connect to their Medicare Administrative Contractor (MAC) that manages each specific region’s Medicare rates.  Please click here for access to a MAC jurisdiction map.