Radiology Groups Can Prepare Now to Implement the No Surprises Act 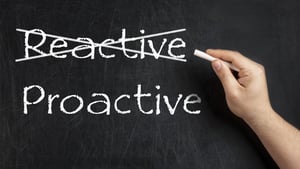 The No Surprises Act* will become effective January 1, 2022. This is the first federal regulation that is aimed at protecting patients from receiving unexpected bills from healthcare providers who are outside of their insurer’s network. Review our recent article for an overview of its provisions.

Although the effective date is still some months away many groups are working now to be ready to implement the new law, especially as compliance will require a high level of cooperation with the practice’s hospital. Imaging centers will not be impacted in the same way since they already are in control of which patients come to their facility and most likely have procedures in place to prevent an out-of-network situation from occurring without the patient’s knowledge and consent.

Determine if the law applies to your practice

The first level of decision making is to determine if your practice operates in a state where the federal law applies. The No Surprises Act (the Act) will not supersede state laws that are at least as comprehensive as the federal law. There was no list of such states included in the Act, but The Commonwealth Fund is an organization that has monitored states’ activity and maintains a database. Obviously, this situation will change over time as more states adopt their own legislation.

Determine which payers are out of network

It will be more important than ever for practices to work with their hospital administration to assure collection of patients’ insurance information at the time of service, since the option to directly bill patients will no longer be viable. However, in the absence of obtaining insurance information from the hospital, the practice may communicate with the patient directly to obtain their coverage and then determine how to proceed with billing.

There might be circumstances where it is unclear which company is the payer. This occurs where a patient’s insurance carrier appears to be out of network for the practice, but actually the patient is a member of an underlying participating network that is processed by the apparent carrier. In such a case the process for handling OON claims would not change, but upon receipt of the EOB the practice would handle it as it usually would for a participating claim.

The information gathered about the plan participation status of the hospital and the practice will allow you to set up your billing system to handle charges for those OON plans in a special way. The initial claim should be submitted to the insurance company at the practice’s full fee schedule amount as usual, regardless of participation status. The law specifies that payment may not be made to the patient. Once the practice receives an initial payment of the OON claim from the insurer, the billing system must be set up to identify the claim for manual staff review and not immediately balance-bill the patient.

The staff review is to determine whether or not the payment is acceptable to the practice. These accounts have to be acted upon promptly, because the practice has only 30 days in which to come to a resolution with the payer or file a dispute if it disagrees with a payment amount. An internal document defining the minimum acceptable payment for each procedure will assist the staff in determining whether to accept the payment or not. Over time, the practice will most likely reach a level of understanding with most insurance plans so this evaluation could eventually be automated by creating a fee schedule for the payer within the billing system.

If the practice fails to reach agreement with the payer, then either party has four days to invoke the Independent Dispute Resolution (IDR) process.  Under IDR, each party will offer an amount to an arbitrator, who will select one amount or the other with no ability to split the difference. This decision is binding on the parties, and neither may repeat the process for the same item or service with the same party for 90 days. However, the practice may use the IDR process for a different service with the same payer within the 90-day window. The losing party pays the cost of the arbitration process. It will quickly become apparent what level of payment will be acceptable to the arbitrator and this should eventually limit the number of IDR appeals a practice will engage in.

Patients are not absolved of all financial responsibility under the Act. They are to pay the same amount as they would have paid if the practice had been in-network. This information will be disclosed by the insurance company in the Explanation of Benefits (EOB) that accompanies their payment to the practice. Once the fee has been accepted or negotiated between the payer and the practice, the patient can then be billed for their co-payment, co-insurance, or deductible amount in accordance with their plan’s terms.

The law as written does not fully address the billing to “uninsured” patients, but regulations are scheduled to be in place before the effective date of the law. A patient who has insurance coverage might be considered “uninsured” if the service provided is not covered by their plan.

Your practice might want to contact OON payers and see if there is any possibility of reaching an agreement. This would eliminate any potential conflicts, special claim handling and dispute resolution costs for both parties. Perhaps an agreement that covers only OON patients can be reached if the practice does not want to fully participate with the payer. There is some speculation that payers might begin to terminate contracts that are favorable to the radiology practice if they feel they can achieve a lower payment structure through OON arbitration.

Developing a framework for determining how this new law will affect your practice is the first step toward compliance. Implementing an internal system to handle OON claims should be fairly straightforward for most practices. Having more participation agreements in place, even if they only cover OON patients, will help the practice avoid additional processing steps and possible mediation costs. We will continue to cover the practical application of this new law, and by subscribing to this blog you will always be aware of the latest developments.

*The No Surprises Act was contained within the Consolidated Appropriations Act, 2021. It was signed into law on December 27, 2020.

Federal Programs to Assist Radiology Practices During the Pandemic

Update on The Quality Payment Program