How the 2016 CPT Coding Changes will Affect Radiation Oncology Practices 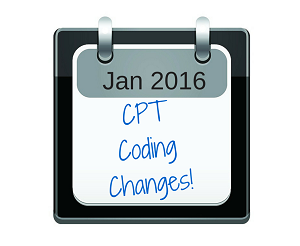 There are relatively few CPT1 coding changes for radiation oncology treatments in store for 2016, at least when compared with diagnostic and interventional radiology.  CMS, the Centers for Medicare and Medicaid Services, is still considering and revising a new set of codes for radiation treatment delivery that was proposed in 2015 but not yet implemented.  When implementation does occur, these codes will most likely not involve valuation differences, although this in an uncertainty until CMS takes action in some future year.

For 2016, the list of radiation oncology coding changes is centered in the area of brachytherapy, with the introduction of new codes that are more specific about the type of therapy and are inclusive of dosimetry, which will no longer be separately billable.  A significant decrease in reimbursement for prostate seed implants will be in effect for 2016 but will be subject to further review for the future.  Here are the details.

CMS identified that the CPT codes defining interstitial radiation source application (77776 – 77778), which are primarily used for prostate seed implantation, were billed along with code 77790 (Supervision, Handling and Loading of Radiation Source) more than 75% of the time.  Accordingly, this family of codes has been compressed into the single code (77778), which bundles it with the supervision and handling of sources and significantly reduces the combined reimbursement for the procedure.

CMS disagrees with the valuation of code 77778 as determined by the RUC2 and has established the 2016 reimbursement as an interim ruling pending further study.  Accordingly, the severe reduction we see in 2016 might be mitigated in future years.

Three new codes for interstitial and intracavitary brachytherapy that provide more specific descriptions and also include basic dosimetry will replace older, less specific codes.   The professional component (PC) reimbursement has been reduced while the technical component (TC) was increased, thereby reducing the overall negative effect on the global reimbursement, as shown below:

Two new codes are available for skin surface brachytherapy, one (77767) for lesions up to 2cm or 1 channel and the other (77768) for lesions over 2cm and 2 or more channels.  These new codes also include basic dosimetry.  The effect on reimbursement is as follows:

Two new, more descriptive codes in HCPCS3 Level III will replace a single older one.  Both of the new codes are used ‘per fraction’ and both include basic dosimetry.  These codes are as follows:

Information about the reimbursement assigned to the new codes is not available.

Brachytherapy, especially prostate seed implants, will be impacted this year while major changes to treatment delivery coding were avoided for another year.  CMS estimates that the overall effect of the 2016 changes to the Medicare Physician Fee Schedule will be 1 – 2% for radiation oncology practices and radiation therapy centers, but the CPT coding changes described here could have a bigger impact depending on a particular practice’s patterns.  A volume-weighted analysis is the best way to estimate the effect on your practice’s revenue for the coming year.

Contact us to learn how to conduct such an analysis and prepare your practice to maximize reimbursement potential in 2016.

3 The Healthcare Common Procedure Coding System (HCPCS) is the set of codes recognized by CMS for payment of claims in the Medicare program.