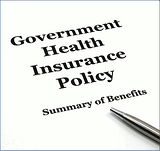 Radiology practices using teleradiology – servicing both hospitals and imaging centers – will have to consider whether they need to make any changes to their billing and reporting due to Medicare’s final Place of Service rules. CMS, the Centers for Medicare and Medicaid Services, has long been trying to establish rules for reporting the location of physician services. However, the rules have been delayed by questions and logistical problems that have been raised by those affected, primarily in the radiology community. Although many questions remain, CMS has issued what it considers to be its final set of rules, and they will become effective April 1, 2013. Practices should take a look at their service locations to see if they are operating in more than one payment locality and whether physicians are reading in locations other than where the patient was seen. If so, there is work to be done to prepare for the changes needed to submit radiology billing claims under the Medicare Physician Fee Schedule.

As a practical matter, radiology information systems (RIS) will now ideally have to record the physical location of the interpreting radiologist so that this address and zip code can be entered into Box 32 of Medicare Claim Form CMS-1500 (or electronic equivalent). This may or may not be the same as the location where the patient’s exam took place. The Professional Component (PC) claim will be submitted to the Medicare carrier for the PC place of service, and the fee schedule for that payment locality will apply. Although there is an exception to the reporting rule for occasional reading from temporary sites, such as hotels or other temporary locations, radiologists who regularly read from their homes will now have to report their home address and zip code whenever billing separately for the PC.

Practices that are billing globally will need to assess whether they will need to make a change to their billing process. In some cases, practices that have used global billing will now have to provide separate claims for the PC and the Technical Component (TC). This will occur when the reading location is in a payment locality different from that of the TC. A payment locality is a geographic subdivision identified by CMS that has its own fee schedule. Some states have several payment localities all administered by the same Medicare Administrative Contractor (MAC), sometimes referred to as the Medicare carrier. Global billing will now be available only when the PC and TC are provided by the same entity and within the same payment locality.

The radiology community has been busy trying to figure out how to cope with this clarification of the rule. If a location were assigned to the RIS system used by the radiologist, it could transmit this information to the billing system. Other ideas include using the dictation system’s station identifier or the PACS reading station to feed the RIS. No matter what the source, the RIS will need to have a field for the data; and where applicable, the [in-house or billing company’s] billing system will need to determine whether a split or global bill is appropriate.

Practices submitting claims for the PC in a new locality will have to enroll with the Medicare carrier for that area in order to submit those claims separately to the appropriate carrier for payment. When crossing state lines, the doctor’s licensure has to be considered. Although the general rule is that a physician must be licensed in the state where the patient exam takes place, regardless of where his or her interpretation is done, it would seem that in order to complete the enrollment, the Medicare carrier would require documentation of licensure in that carrier’s state.

CMS has also provided clarification of the proper Place of Service Code (e.g., 11 for Physician Office, 22 for Outpatient Hospital, etc.) to be used in Box 24 of Claim Form CMS-1500 (or electronic equivalent). The code should always reflect the place where the patient ‘face-to-face’ interaction occurred, regardless of where the reading was done. This means PC claims for hospital outpatient cases read by the radiologist from an imaging center would carry the POS code 22 for Outpatient Hospital because that is where the patient was seen, not code 11 for the radiologist’s location.

An exception to the face-to-face rule is for inpatients of a hospital or other facility that are transported to an imaging center for an exam. In this case, the patient exam would be coded 21 (Inpatient Hospital), rather than code 11, for the office where the exam actually took place. The same would apply for a registered hospital outpatient if services were provided elsewhere.  Since current processes and/or systems may have to be modified to capture new information, and enrollment with different Medicare carriers might have to be initiated, April 1st is not far off. Start now to assess how this might impact your radiology billing and what changes may be needed.